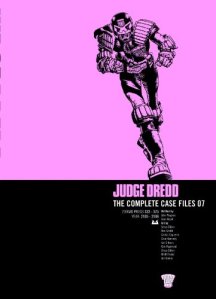 This appears to be a vehicle for lampooning 80’s wildlife presenter David Bellamy complete with Walter the Wobot dialogue. Here is another nice allegory showing the greed and callousness of humans, with robots and dinosaurs as the sympathetic characters. This issue predated the novel Jurassic Park by almost a decade.