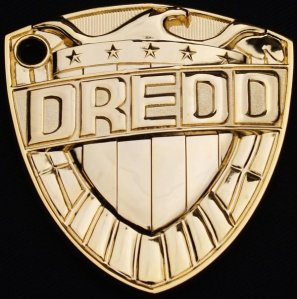 It seems that the citizens of Mega City One get to vote on what the day’s weather will be. They like hot and sunny.

This is a good story and you are wondering why a monkey appears halfway through but all is cleverly revealed. Ron Turner does some great art too.

The Law Rod we have seen before finally gets named but we still have a Grand Judge – who actually attends a crime scene.

Disconcertingly the clock on the front of Weather Control says the year is 2090 so we have lost nine years somewhere. So much for continuity.